A Yaguaraté (YAH-gwar-et-aye; Span. yaguareté "jaguar") is a jaguar-like Wesen that appeared in "Eyes of the Beholder".

When they woge, Yaguaraté gain orange or yellow fur on their bodies. The fur has a pattern of black spots resembling those of a leopard or, of course, a jaguar. Any human hair on the head remains unchanged. The nose becomes larger and flatter, and the ears become more feline but do not change position like those of some other feline Wesen. The upper lip is cleft like that of a cat, and the teeth become sharper. In addition, the canine teeth become long and dangerous fangs. Yaguaraté are fast and agile creatures; it also appears they are at least somewhat stronger than humans, as Jared was able to take down a larger man with a single pounce.

The Yaguaraté is another species of Wesen that can limit their woge to their eyes, which glow a bright, piercing yellow.

Yaguaraté are a shy species, especially compared to their close relative, the Balam. However, they have a temper that they must learn to deal with over time, and when pushed to the limit, they can be very dangerous and effective killing machines. When a matter involves a family member or loved one, they will do anything to save them, including killing the attacker. In fact, during a high-stakes confrontation, a Yaguaraté will show little signs of fear, unless they are dealing with a Grimm, which, like most Wesen, they are extremely fearful of. Yaguaraté take down prey with a pounce, similar to a Rißfleisch, and rip out the victim's throat with their mouth, similar to a Mauvais Dentes. They appear to be very skilled at concealing their true identity, even resisting woge when under large amounts of stress. More aggressive members of the species will sometimes get together and form notorious street gangs, taking advantage of their jaguar-like instincts. 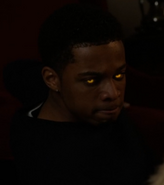 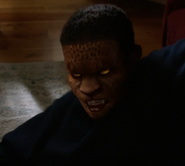 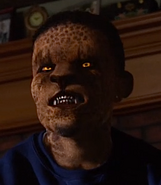 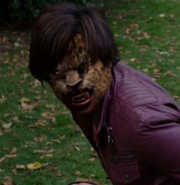