A Wildermann (VIL-dər-maan; Ger. "wild man") is a hominid-like Wesen that first appeared in "Big Feet". They are the inspiration of the bigfoot legend.

Possibly one of the most well-established Wesen in human folklore, the Wildermann is documented not only in the world-wide phenomena of Sasquatch-like beings, but they were also depicted throughout the art and tales of many medieval European cultures. They traditionally are shown as solitary men or women covered in hair. In archaic English, they were known as the Woodwose ('wose' derived from the same root as Wesen).

When they woge, Wildermann experience an explosive growth of hair. Their hair is hominid in form, except it has a second outer layer covered in small spines. The outer layer is supported by a single-helical structure. Wildermann also gain a more ape-like face, including a strong protruding jaw with enlarged canines. Most notably, Wildermann have enormous feet capable of leaving deep impressions in the ground; thus, they are known as Bigfoot. Some Wildermann also have red-colored irises when they woge.

Wildermann are incredibly strong and are more than capable of tearing a full grown man to shreds and casually overpowering Blutbaden. They are incredibly fast for their size and are capable of traversing large distances in a short amount of time. While Wildermann have high levels of stamina and pain tolerance, they are no more durable than humans.

Ironically, despite their rather frightening appearance, Wildermann are normally a very friendly Wesen species. Wildermann tend to be loners who enjoy nature and activities such as campfires, hiking, and camping. Despite their peaceful natures, Wildermann will resort to violence when they feel it is necessary. When enraged, a Wildermann is a terrifying sight to behold.

Many Wildermann are highly self-conscious about their woge. Consequently, they will seek professional psychiatric help worrying they suffer from a lack of impulse control, when, in fact, they do not.

Famous Wildermann have historically been poets and supporters of transcendentalism. They neither reject civilization nor fully embrace wilderness, representing their solitary preferences while also showing their unwillingness to give in completely to their inner beast.

Excerpt from a spice shop BookEdit 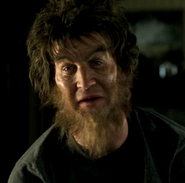 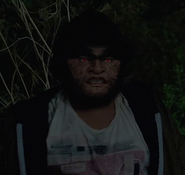 Add a photo to this gallery
Retrieved from "https://grimm.fandom.com/wiki/Wildermann?oldid=195641"
Community content is available under CC-BY-SA unless otherwise noted.