Valentina Espinosa was a Balam who appeared in "La Llorona". She was a former detective who came from Albuquerque, New Mexico to help Nick and Hank capture a serial child abductor.

Five years prior to the beginning of the series of abductions in Portland, the son of Valentina's sister was taken by a woman on Halloween and killed. Valentina blamed herself for this because she tried to save the woman from drowning, only to have her nephew be taken by the woman. Valentina became obsessed with finding the woman who kidnapped and killed her nephew. She became so obsessed that she lost her job as a police investigator. This did not stop Valentina, and she continued to hunt for the woman independently. Valentina maintained a constant vigil, especially around Halloween, going after any series of missing children reports occurring in that time period. Her hunt took her to several states, each time with little to no success. After five long years, she came to Portland, Oregon, where she introduced herself as a still active detective looking into the case and offered them her files and experience with the case. Despite her help, her status as an ex-detective and her nature as a Balam were soon exposed by Captain Renard and Nick Burkhardt, respectively, prompting Renard to confine her to the police station until the FBI could talk with her. After studying his books about La Llorona, Nick and Hank released Valentina from custody so that she could help them find the children, as Nick's books allowed them to determine where La Llorona would drown her victims. When the three of them found the children, she helped Hank manage them while Nick fought La Llorona. At the conclusion of the case, Captain Renard declared that because of her help, all charges would be dropped. 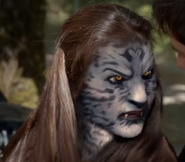 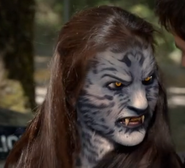