Thank YOU, Norberto Barba. For those who did not know, Norberto Barba disclosed on Twitter (April 7, 2016) that he will not be back next season on Grimm, but really thinking about it a bit, I don't think that's entirely true.

Even though I've never met or spoken with him, if you listen to what those who have worked with Norberto have to say about him, he's nothing but a true professional, incredibly generous, and definitely loved in particular by the Grimm family that has been built over the past five seasons. Check out some pictures of Norberto with the cast of other shows that he's worked on, such as Law & Order, and you'll see that he has a knack for forming great relationships with those he works with. As his tweet today surely indicates, he's also got plenty of class, graciousness, and humility. One of the coolest things I have learned about Norberto is that his two sons have appeared on Grimm as well. Seriously, how cool is that? To have his kids get involved in what he does for a living and to serve as a role model for them like that I think is really special and inspiring. Whatever may be in store for him next, I wish Norberto nothing but the best, and even though he technically may not be listed in the opening & closing credits for next season's episodes, there is no doubt that he will always be a part of the Grimm family and a huge reason that the show even exists and was recently renewed for an amazing sixth season. He has absolutely left an indelible imprint on Grimm, and so with the news he tweeted out today, I felt compelled to put a bit of a spotlight on someone who has so often worked tirelessly behind the scenes, never seeking any recognition for his great contributions, which includes being an executive producer for Grimm while also having directed 17 different episodes. It's worth pointing out that three of those episodes were season premieres, one was the milestone 100th episode, and he also directed every single season finale thus far. I look at the list of those episodes, and truly, they are all amazing and among my favorites in the history of the show. It'll be impossible not to have a little bit of extra appreciation for episodes 520 and 522 when those air in the coming weeks, as they were also directed by Norberto. 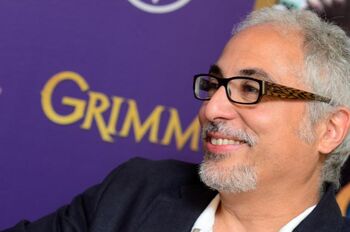 I strongly urge you to check out this particular part of a Q&A with the Grimm cast that was hosted by the SAG-AFTRA Foundation, when Norberto was spontaneously urged to go step on stage by the Grimm cast, or as was perfectly exemplified in the video, Norberto Barba's extended family. When I rewatch that clip and look at some of the pictures below, I'm truly moved by the bond he shared with the cast and crew, but what also stands out to me is how humble Norberto is in that moment and how Reggie Lee talks about him treating everyone like family. Things like that make me extremely proud to support this show, and "extremely" probably doesn't do it justice.

Thank you, Norberto, for all that you've given to the show. It's been a tremendous ride and a thrill as a fan watching Grimm these past five seasons as well. Cheers to you and best of luck going forward on whatever endeavors you work your magic on next!

Thanks to anyone reading this for your time, and feel free to leave any thanks you may have in the comment section below for Norberto as well. 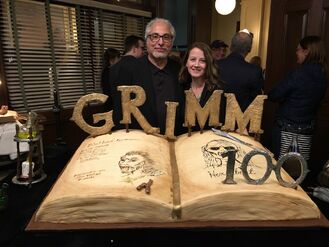 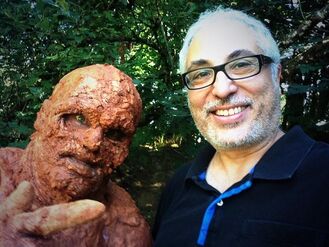 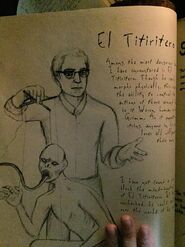 El Titiritero means puppet master, which is what the cast of Grimm affectionately calls Norberto 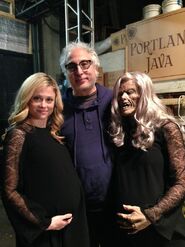 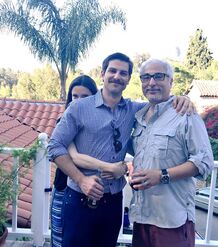 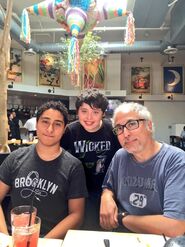 Norberto Barba with his two sons, Sebastien (left) and Raoul 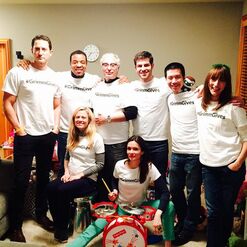 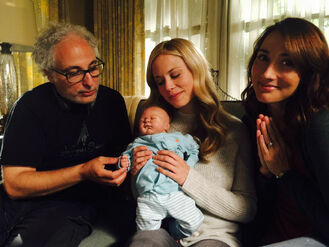 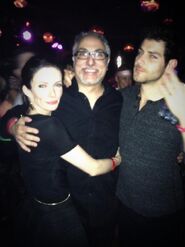 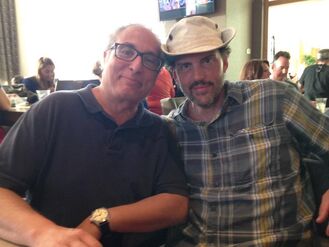 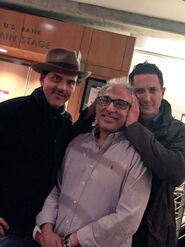 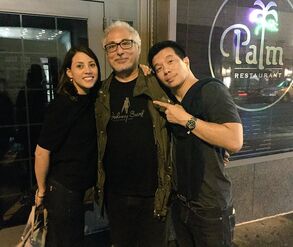 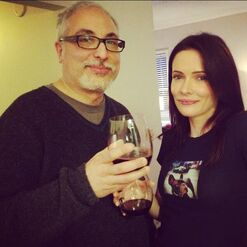 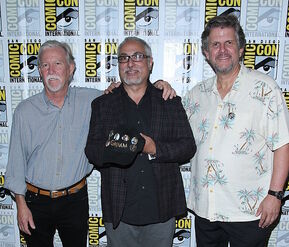 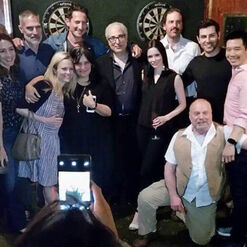 Retrieved from "https://grimm.fandom.com/wiki/User_blog:Grimmaniac/A_Tribute_to_Norberto_Barba?oldid=164845"
Community content is available under CC-BY-SA unless otherwise noted.