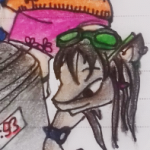 Wolfwand (Wolf + Wand (Ge) means wall = wall wolf)is a wolf-like wesen which appear in last Fall in episode " last fight". Wolfwand's English is awefull and she is aware of it.

their woge is not hostile. but it doesn't mean they are very calm wesens. normal time they befriend to all people . they reply to all Grimmster and new joined or even older dudes. and enjoy to chat with them. they will asking about their lost friends and invite them to come back. but they are not able to memorize the names. basically they remember peoples by their avatar and massages.

Wolfwands are fighters, but they wont show it ,except when they have to fight for their life or others life.

wolfwand, as its name, can pass every barrier. if it is necessary.

Good advice : never make a Wolfwand angry, because you cant realize their Woge....! and if you start a fight, you can not make Wolfwand to retreat , till you kill it, or it kills you.

Do you think a wolfwand is soft wesen? or maybe cute one? sure it is! but only time you don't push it to limits.

Wolfwand respects peoples. most time they are harmless. they don't bother anyone except someone make them very angry.

but if they start to fight, no one can stop them.

they are feared by all Grimms. specially when they have ax or double cross or Block weapon. but it doesn't mean they run away. they are more curios to avoid such dangers.

they befriend with Grimms .speak in a full new English language ,change the pages and edit it and always Complain to poor admins and for every new day, they invent new problems. you can call it in physics parameters: problem/day (i think PDX is very Patient. ) and start to create a Persian Grimm...

big Quistion: i never understand why Grimms never have seen them? or maybe their pages got to grave after burning the trailer?

during the wesen uprising, it was a huge discussion between Wolfwand Families every where.

some of Wolfwands, like berg-W and Shnee-W , were agreed to join to wesen uprising. because they are tired of be treated like animals. but some of families like Sand-W and Desert-W was going to protect kerseiten. most wolfwands, were telling about a migration to avoid the war and some of them wanted to stay with their - in Danger Friends, no matter what.

in the middle of discussion, people who sent by wesen uprising , ask wolfwand's heads to join in a crating free world. not long after that HW sent others to ask wolfwands to join in HQ to protect the lifes .

and after a big reunion in NY ,all Wolfwand families accept not to get involved with any side. except, one of these sides attack to them.

Wolf wand means WALL Wolf (Grore Divar) in Persian. at last it should mean so...but i was careless about the name but unfortunately it is late to change it!!!! 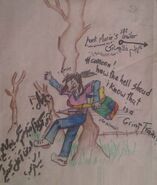 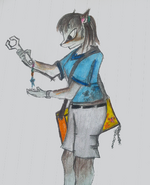 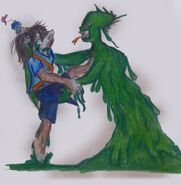 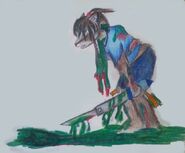 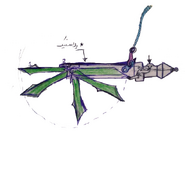 About my self Edit

About Grimm and me Edit

characters who i care about them Edit

others are import in film , i know, but i keep following this characters.

Retrieved from "https://grimm.fandom.com/wiki/User:Wolfwand?oldid=160486"
Community content is available under CC-BY-SA unless otherwise noted.