When woged, Uhranuti have an incredible visual acuity and ability to focus their eyesight in order to view people and objects in great detail from extraordinary distances, as demonstrated by Black Claw assassin Marwan Hanano, who spotted a man standing on a balcony many stories above ground and, on more than one occasion, was able to accurately fire a sniper rifle without the use of a scope. ("Key Move")

In their woged form, Uhranuti gain a distinctive hooked beak in place of their nose in their human form, as well as their upper lip. Their lower lip and teeth remain, while their eyes become falcon-like and are yellow around the pupils. They gain feather-like hairs all over their body, save for around their mouth, nose, and eyes. The feather-like hairs extend down from their head towards the glabella, giving the appearance of an exaggerated widow's peak. Both their hair and their skin gain a dark bluish tinge, though the skin directly around their eyes is slightly more red or purple in color, depending on the lighting. Even if they dye their hair a certain color in their human form, this does not affect the color of the feather-like hairs they gain in their woged form. Additionally, the skin on their forehead and slightly around and below their eyes has a much lighter skin tone compared to the rest of their face. Uhranuti also gain sharp claws on their hands, which they can use as deadly weapons in physical combat. They can also use their claws to climb walls, as these creatures are extremely gifted climbers. ("Into the Schwarzwald") Their ears do not change all that much from their human form except for the bluish color they adopt.

Uhranuti are stronger than humans and can hold their own in a fight against a Half-Zauberbiest.

Uhranuti often find work as killers for hire. As demonstrated by Marwan Hanano, their great eyesight makes them excellent snipers. Uhranuti are calculating and very clever as well, and they don't like it when they feel as if they do not have the element of surprise on their side. When they can't surprise their target, they will try to run instead and only fight if they have to. They are quite stealthy, however, and can be quite resourceful in regards to using their surroundings as needed. Though it is unknown how they react to Grimms, they appear to show little fear at all when face-to-face with other Wesen that are quite dangerous, such as Mauvais Dentes. 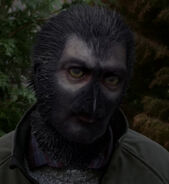 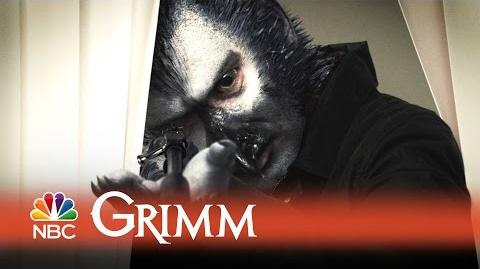 Retrieved from "https://grimm.fandom.com/wiki/Uhranuti?oldid=195101"
Community content is available under CC-BY-SA unless otherwise noted.