A Steinadler (STINE-ad-lur; Ger. "golden eagle", lit. "stone eagle") is a hawk-like Wesen that first appeared in "Three Coins in a Fuchsbau".

When woged, Steinadlers gain a muzzle-like face and a beak-like nose. They have sparse, feather-like hair all over their body. They retain their human hair color. Their eyes are an extremely pale yellowish-green color. Like a few Wesen, they can localize their woge in their eyes without altering the rest of their body.

Steinadlers are renowned for their exceptional vision. Their superior vision is a result of having five times more visual sensory cells per millimeter of the retina than humans. They also have special colored oils in their eyes that reflect certain wavelengths of light. These special ocular biological factors endow them with near perfect night vision and a whole host of other ocular abilities.

Steinadlers are incredibly fast creatures, appearing as a blur when they run. They are stronger than humans and have superhuman reflexes, as Chavez was able to easily take on a Balam and a Phansigar at the same time. ("The Grimm Identity") However, when it comes to Grimms they are vastly inferior. Nick was able to bring Farley Kolt to his knees with a single punch to the face, and he later easily restrained Chavez during their brief fight. ("Three Coins in a Fuchsbau")

A Steinadler Knife is used by Grimms to kill only Steinadlers. The blade is smithed from platinum and dipped in nightshade. A single stab to the heart is often enough to dispatch them.

It is believed that Steinadlers have protoreceptor proteins that allow them to perceive magnetic fields, which is apparently done by turning its head. ("Aunt Marie's Book of Lore")

Steinadlers are known for their ability to poker-facedly exhibit simultaneous friendliness and sternness, so it is impossible to tell whose side one is on. The ability to sternly influence others as though they were subordinate friends makes the Steinadler excellent military figures. They have a reputation for being heroes and adventurers as well as having high intellect and good intuition.

The Garde Nationale, an army recruited by Paris to defend it from the Prussians, was led by Steinadler officers.

In Japan, the Order of the Golden Kite was established to distinguish Steinadler in the Japanese military from other members. It was abolished in 1947. ("Aunt Marie's Book of Lore")

The following excerpts from from L. Grimm's study on the anatomy of a Steinadler that he had befriended in Berlin. This particular Steinadler donated his own body to Grimm's lab for study upon death. ("Aunt Marie's Book of Lore")

A - Steinadler Field of Vision

The Steinadler has five times more visual sensory cells per millimeter of retina than do humans. They also have two areas of intensely concentrated visual cells the (sic) fovea which are the areas of most acute vision, compared to but one fovea in humans. They also have colored oils in their eyes that refract certain wavelengths of light. This intensifies certain colors at the expense of others.

The visual ability of the Steinadler is legendary. Adaptations to night vision include larger eyes with a tubular shape [and] large numbers of closely packed visual rods and cones.

The distinctive brow ridge physically protects the eye from wind, dust, and debris and shields it from excessive glare. They also seem to perceive rapid movement better than humans.

The main structures of the Steinadler eye are similar to those of other vertebrates. The outer layer of the eye consists of the transparent cornea (B). The eye is divided internally by the lens (A). The lens focuses light on the retina (I). The Steinadler has not one but two layers of ciliary muscles (G) which can change the shape of the cornea, thus giving them a greater range of accommodation. The iris (C) controls the amount of light entering the eye. At the center of the retina is the fovea (F) which has a greater density of receptors. It is believed that the Steinadler may have a second favea for enhanced sideways viewing. 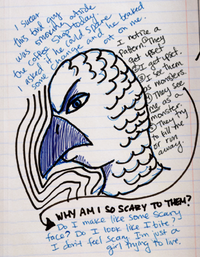 I swear this bird guy was smoking outside the coffee shop today. I asked if he could spare some change and he beaked out on me.


I notice a pattern. ①They get upset ②I get upset. ③I see them as monsters. ④They see me as a monster. ⑤They try to kill me or run away.


WHY AM I SO SCARY TO THEM?


Do I make like some scary face? Do I look like I bite? I don't feel scary. I'm just a girl trying to live. 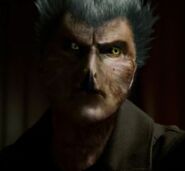 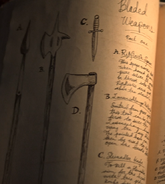 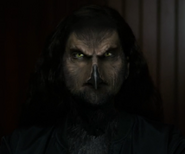 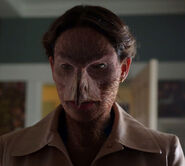 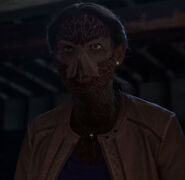 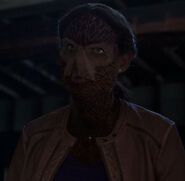 Add a photo to this gallery
Retrieved from "https://grimm.fandom.com/wiki/Steinadler?oldid=199718"
Community content is available under CC-BY-SA unless otherwise noted.