Judge Stancroft is a Hundjäger judge and a member of Black Claw who first appeared in "Fugitive". He serves in the Oregon Judicial Department, specifically in Multnomah County.

Stancroft was wakened in the middle of the night by a phone call from Renard, who simply just told him that he would be outside his house in five minutes, leaving little opportunity for Stancroft to object, that is, until he got in Renard's car. He was angry to find out Renard woke him up for search warrants. Their conversation quickly escalated, causing both men to woge, but cooler heads prevailed when Renard informed Stancroft that Bonaparte was dead. ("The Beginning of the End") Renard lied and told him that Nick Burkhardt had killed him, and Stancroft quickly started cooperating and arranged all the search warrants Renard needed.

Renard called Stancroft's cell phone to let him know that he had been arrested for murder. Stancroft questioned if Renard knew the victim, and when he said he did, Stancroft said that complicated things, and Renard sternly requested him to fix things for him. Stancroft hurriedly convened a grand jury and rigged the process along with the District Attorney, Hurtz. Once court was in session, Stancroft simply stated that after going over all the evidence in the case with the D.A., it was his opinion that the evidence clearly didn't support the case going to trial. He dismissed the case and thanked the jury for convening on such short notice. He met with Hurtz and Renard in his office shortly after, with all three pleased how things had went. Renard said he was going to "clean house" in Portland once he took office, and he offered his assurances to Hurtz and Stancroft that this would include dealing with "the Grimm" as well as his friends. 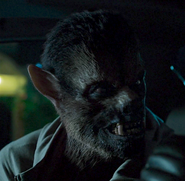 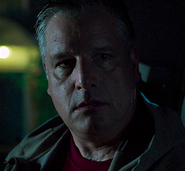 Retrieved from "https://grimm.fandom.com/wiki/Stancroft?oldid=182479"
Community content is available under CC-BY-SA unless otherwise noted.