Edit
watch 02:07
Spider-Man: No Way Home Trailer Dropped - The Loop
Do you like this video?
Play Sound
The South Precinct serves as the main office for both the south precinct and the Portland Police Bureau. Captain Sean Renard fills the role of commander of the precinct. The precinct provides office space, evidence storage, and interrogation rooms for the officers. The arson investigators also have offices in the building.

Cole Pritchard and Krystal Fletcher were shot in its hallway. ("Natural Born Wesen")

As is normal for a reasonably sized police establishment, it has several holding cells. These are located in the basement. Notably, there have been 4 deaths in the holdings cells, along with one murdered jailer.

Curiously, however, the interior of the P.P.D. training center in St. Joseph is used for the office where Nick, Hank, Wu, and Renard work.

View from inside Captain Renard's office 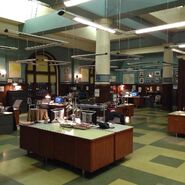 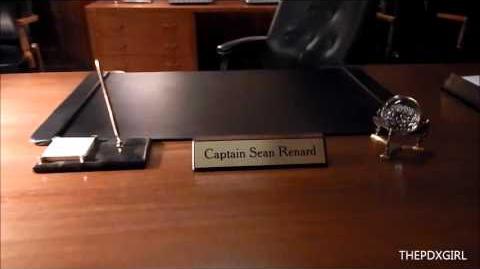