When they woge, they gain pale yellow, scaly skin over their face, forked tongues, and sharp, pointy teeth. They also have three gills on both sides of their neck. The exact purpose of these gills are unknown, but Clint Vickers and Joshua Hall were seen venting Jay fumes that they inhaled out of them, ("Island of Dreams") and Dallas Cruz vented cigarette smoke in a similar fashion, ("Wesen Nacht") so it is clear that the gills are part of the Skalengeck respiratory system. When they woge, their human hair on their head remains, but in males, any facial hair present disappears.

They are stronger than humans, as one was able to fight with Trubel, a Grimm, on an equal footing for a while, ("Nobody Knows the Trubel I've Seen") and Nick wrestled one in an evenly matched manner, ("Island of Dreams") but most Skalengecks are still somewhat weaker than Grimms. There are rare occasions, however, where a Skalengeck can be particularly vicious and powerful, as was the case with Dallas Cruz, who was actually able to quickly overpower Nick after attacking him from behind. ("Wesen Nacht") They are also fairly fast.

They don't have the regenerative power that many actual lizards have, as when Clint Vickers sustained an injury on his leg, he had to manually sew it closed. ("Island of Dreams")

Skalengecks usually intimidate their prey by greeting them with a hostile grin and their tongues hanging out. They are a species not renowned for their intelligence or width of knowledge. They are often aggressive, irrational, and violent. This can lead them to try and take on far superior opponents. The majority of them are criminals, ranging from addicts and sexual abusers to robbers and murderers. However, there are more intelligent and competent Skalengecks, such as Gus Campbell. Particularly nasty Skalengecks have a more alpha personality and have proven to be quite devious and cunning; as such, they certainly pose a greater threat to others than most Skalengecks.

They're stereotypically drug addicts or involved with drug possession. Joshua Hall and Clint Vickers are Jay addicts, and Cecil is a drug dealer. They also enjoy inhaling things. ("Leave It to Beavers")

Skalengecks are wary and sometimes very fearful of Grimms.

The Skalengeck is a quick, mischievous creature known for dabbling in crime, robbery and other illegal affairs.

However, he is not a smart or careful criminal, and therefore I can easily take care of this vermine (sic) without wasting much time.

The key physical feature of a Skalengeck is his long lizard tongue and tiny razor sharp teeth. 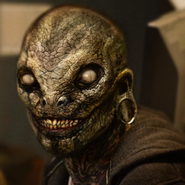 Cecil from the Pilot (final animation) 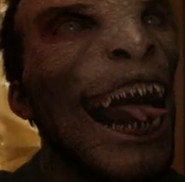 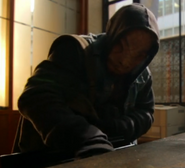 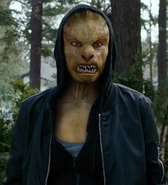 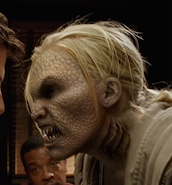 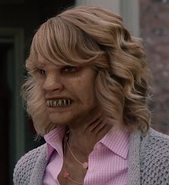 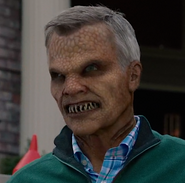 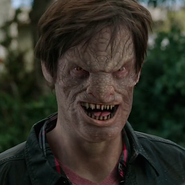 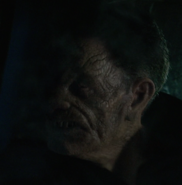 Skalengeck - Concept art variant
Add a photo to this gallery

Retrieved from "https://grimm.fandom.com/wiki/Skalengeck?oldid=199406"
Community content is available under CC-BY-SA unless otherwise noted.