A Seelengut (ZAY-luhn-goot; Ger. Seelengut, "kindhearted," literally "soulgood"; pl. Seelenguter) is a sheep-like Wesen that appeared in "The Good Shepherd".

Seelenguter gain hoof-like hands when they woge, which they use for blunt weapons in the extremely rare event they attack. They grow white fur over their whole bodies and gain sheep-like ears. The white, wool-like fur on their head is sufficient to overgrow short hair but not longer hair. The eyes of the female Seelengut become bright blue, and the pupils become rectangular. The male Seelengut's eyes are mostly brown or hazel. Also, along with fellow Wesen like Blutbaden and Coyotls, they can focus their woge to just their eyes. They do not appear to gain any enhanced physical attributes.

They are timid and peaceful creatures who are almost never violent. They are also a highly social species that tend to congregate in large groups. Reverend Lance Calvin considered Seelenguter to be indecisive and incompetent, which he found extremely annoying. Likewise, to describe them, Monroe said, "Some people are born leaders and then there's Seelenguter." Whether or not this really is true to the species or is simply a Blutbaden stereotype is unclear.

Like Bauerschwein, Seelenguter are normally considered by Blutbaden to be prey, hence the reaction of sheer terror from Calvin's Seelengut congregation shortly after Monroe walked into the church and sat down. They are very weak Wesen. However, as seen when attacking Lance Calvin, when they are in a herd mentality, they are much braver, though even then, they're still skittish in the face of sudden shocks.

Seelengut are generally docile and do not pose any immediate threat.

Seelengut rarely exists outside of a flock. A group of them are referred to as Seelenguter. 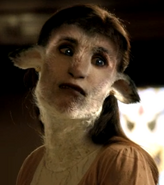 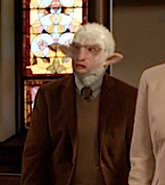 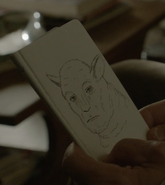 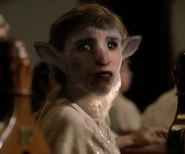 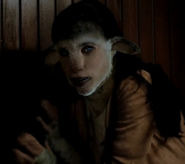 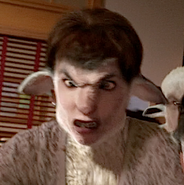 Add a photo to this gallery
Retrieved from "https://grimm.fandom.com/wiki/Seelengut?oldid=202069"
Community content is available under CC-BY-SA unless otherwise noted.