Season 4 is the fourth season of Grimm. Grimm was renewed for a fourth season on March 19, 2014, and the season was filmed in the Portland, Oregon area. Filming for season 4 began on July 16, 2014.

Nick, Juliette, Hank, and Trubel go straight to Nick and Juliette's home from Monroe and Rosalee's wedding after Trubel tells them that Captain Renard was shot, despite everyone being in shock that Nick has lost his Grimm powers. The FBI gets involved because Trubel killed Renard's shooter, Weston Steward, who was a former FBI agent. Trubel is questioned by the FBI, but she is cleared of any charges as they determine she killed Steward in self-defense. One FBI agent, Agent Chavez, figures out that Trubel is a Grimm and kidnaps her to inform her about people who find what she is and what she can do very important and that they would be very interested in her services.

After Renard undergoes surgery on his bullet wounds, he ends up flatlining from the excessive loss of blood before he gets to the hospital. The doctors are unable to revive him, but Renard's mother, Elizabeth Lascelles, comes into Renard's room where she freezes time and uses a Two-Headed Snake to revive him. After awhile, Renard starts having side effects from being saved. He starts constantly reliving the moment he was shot, and his bullet wounds do not fully heal; instead, his wounds randomly start bleeding. Renard then begins to have blackouts, waking up in random places, often around water. After there are murders similar to what Jack the Ripper did, Nick and Hank soon realize that Jack the Ripper's spirit is likely possessing Renard. Nick and Hank enlist Monroe and Rosalee's help, and they cure Renard.

While Nick is powerless, he uses Trubel in Wesen cases, but after she is attacked by a Gedächtnis Esser, he becomes more reluctant to use her in police cases involving Wesen. Despite his reluctance, he continues using her in cases until Monroe and Rosalee inform him that they have been working with Renard's mom to come up with a way to get his Grimm powers back.

Nick and Juliette consider living a normal life together instead of Nick trying to get his Grimm powers back, but after a Wolfsangel is burned on Monroe and Rosalee's front lawn by the Secundum Naturae Ordinem Wesen because of their inter-species marriage, Juliette tells Nick he needs to get his powers back. That night, everyone goes to Nick and Juliette's house, where Elizabeth finishes the potion that Juliette has to take. Juliette drinks it and turns into Adalind, and Nick and Juliette have sex to reverse the spell. Nick's powers don't return immediately, but as he is getting choked by a Phansigar, his powers return, and he easily defeats three Phansigars. Trubel decides Nick doesn't need her as much after he gets his powers back, so she decides to go to Philadelphia with Josh Porter to protect him after he had returned to Portland because of Hundjägers breaking into his dad's house, looking for his dad's key.

Before she leaves, Trubel helps track down people responsible for the attacks against Monroe and Rosalee, but before anything is done, Monroe is kidnapped to have his fate decided by a tribunal for his marriage to Rosalee, as well as befriending a Grimm. Monroe is found guilty and sentenced to death, but he is saved by Nick and the gang. Monroe and Rosalee are thankful for their friends' help and decide to finally go on their honeymoon.

Soon after Nick gets his powers back, Juliette turns into a Hexenbiest as a side effect. She decides to try to get rid of it instead of telling Nick. She goes to Renard, who tells her about an old family friend, Henrietta. After some tests, Henrietta tells Juliette there is nothing she can do. Despite what Henrietta says, Juliette continues to try to find a way to help herself, but the longer she is a Hexenbiest, the worse her behavior becomes. After fighting Adalind and revealing to Nick that she is a Hexenbiest, Juliette moves out. She does her best to push Nick and her friends away, despite them trying to find a way to help her. After Kenneth tells her that Adalind is pregnant with Nick's baby from the day Nick had his powers taken from him, she torches the trailer and decides to work with the Royals to find Diana. Juliette emails Kelly, telling her Nick is in trouble. Kelly comes to Nick and Juliette's house, where she is ambushed by Kenneth and Verrat agents and killed.

Monroe and Rosalee contact Trubel to have her return to Portland. She initially goes to Nick and Juliette's house and is followed by a Verrat agent, whom she decapitates. She finds Nick at the spice shop and tells him something is going on back at his house. Nick, Hank, and Trubel go back to Nick's house where they find Kelly's head in a box. Nick falls against a wall in shock and grief, but Trubel and Hank realize it is probably a trap, so they leave quickly. Nick figures out Juliette is responsible for Kelly returning to Portland and that she is working with the Royals. With Adalind's help, he has Kenneth arrested, and Wu brings Kenneth to an abandoned warehouse, where Nick kills him after a fight. Looking for Juliette and Diana, Nick, Hank, Trubel, Monroe, and Wu go to a gated compound where the Royals and Verrat are staying, but Juliette, Diana, and the King escape. The King is thrown out of a helicopter by Meisner to prevent him from taking Diana back to Vienna.

Juliette waits for Nick at their house, and when he arrives, she tells him that she didn't know the Royals would kill Kelly. He angrily begins choking her, but he is unable to kill her. She starts to attack him, but before she can kill him, Trubel shoots her twice with the Doppelarmbrust, killing her. Right after Juliette dies, Chavez and several agents pull up in front of the house, and Chavez sends them inside to "get her."

Wesen Returning from Past Seasons 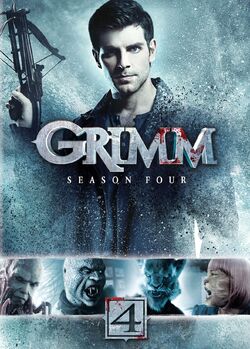 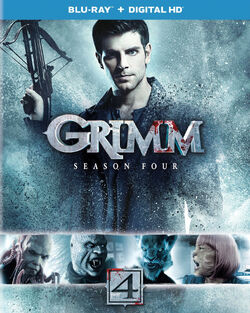