Season 3 is the third season of Grimm. Grimm was renewed for a third season on April 26, 2013, and the season was filmed in the Portland, Oregon area. Filming for season 3 began on July 15, 2013.

The show moved back to Fridays at 9 PM after the last 4 episodes of season 2 aired on Tuesdays at 10 PM.

2 new webisodes debuted for this season. "Meltdown" aired its four weekly parts in the weeks leading up to the season premiere with the fourth part being released on the same day as the season premiere. The other webisode, "Love is in the Air: Elegant Endeavors", was released in its entirety on Valentine's Day.

Under the effects of the Cracher-Mortel toxin, Nick causes the plane carrying him to Europe to crash, killing Baron Samedi. In his zombie state, Nick kills a man in self-defense before being captured and cured by the rest of the team. A residual effect of the Cracher-Mortel toxin, however, causes Nick's endurance to be increased along with his strength. Another side effect is that while sleeping or when holding his breath, he can appear to be dead, something that scares Juliette on more than one occasion.

Juliette, with her new-found knowledge of the Wesen world, enthusiastically joins Nick, Hank, Monroe, and Rosalee in their adventures, even discovering a treatment for an old disease that previously necessitated a death sentence from the Wesen Council.

Adalind's pregnancy continues as she goes through the Contaminatio Ritualis with the help of Stefania, and Captain Renard realizes that the rumored royal baby being offered for sale could be Adalind's. Captain Renard arranges for the assassination of his half brother, Eric, who is replaced in the royal hierarchy by his cousin, Viktor.

Monroe proposes to Rosalee, and she happily accepts. Monroe's parents come to town after he tells them about his engagement. Once they discover that Rosalee is a Fuchsbau, however, they angrily disapprove as they are old fashioned and against inter-Wesen relationships. Nick unexpectedly shows up, and Monroe's dad, Bart, charges at him when he realizes he is a Grimm. Nick punches Bart in the face before Monroe restrains his dad, and both of his parents leave in anger. Eventually, Monroe fixes his relationship with his parents after Bart helps him and Nick fight three Wildesheers at the trailer, and Monroe's parents change their opinion on Monroe and Rosalee's relationship.

Wu sees an Aswang woged while trying to help one of his childhood friends. Seeing the Aswang causes him to check himself into a psychiatric hospital for a while after Nick and the gang decide against telling him the truth of the Wesen world.

Adalind gives birth to a girl with the help of Meisner, and Adalind regains her Hexenbiest powers. After a brief time of relaxing, Adalind, Meisner, and the baby go on the run as Viktor and the Verrat look for them to get the baby. Adalind, Meisner, and the baby eventually end up in Rafz, Switzerland where the Resistance has arranged for a plane to get Adalind and the baby out of the country. Adalind and Meisner get attacked by Verrat agents, but with the help of Kelly Burkhardt, they make it to the plane. Kelly then takes Adalind and the baby to Nick and Juliette's house, not knowing everyone's history. Adalind eventually goes to Captain Renard's house and introduces him to his daughter. Nick and Kelly go after her and end up helping Adalind, Renard, and the baby escape Verrat agents. After Adalind stays with Monroe and Rosalee for a few days, Nick, Kelly, Renard, Hank, and Monroe come up with a plan for Kelly to take care of baby Diana. They give her to Viktor, who came to Portland, only to disguise themselves as Resistance members and steal her back at the airport before Viktor goes back to Vienna.

After a couple Wesen are killed, Nick discovers that the suspect is a Grimm nicknamed Trubel. Due to how she grew up, she knows nothing about what a Grimm or Wesen are, so Nick brings her to live with him and Juliette, and he becomes her mentor. One day while Nick is at work, Josh Porter comes to Nick's house looking for him. Trubel ends up going with him to where his dad, Rolek, who is another Grimm, is hiding out. Rolek ends up in the hospital due to an illness, and after he dies, he leaves all of his Grimm diaries, weapons, and one of the Seven Keys with Nick.

After calling Viktor, thinking he still has Diana, Adalind starts making a potion in her mother's old storage unit. After it's complete, she uses a Witch's Hat to inhale the potion's vapor out of the top of the hat. The vapor causes her to transform into Juliette, and while the real Juliette is out getting her hair done for Monroe and Rosalee's wedding, Adalind seduces Nick and has sex with him due to him thinking she is Juliette. On the way to the wedding, Nick and Juliette realize what happened after Juliette accuses Nick of cheating after she found her negligee on the ground and the bed messy.

Trubel stays at Nick and Juliette's house while they are at the wedding. Captain Renard shows up with a potion for Nick after figuring out what Adalind did. After Trubel tells him where the wedding is, he is shot by rogue FBI agent Weston Steward as he is leaving the house. Trubel calls 911 for Renard after decapitating Weston and takes the potion to the wedding. Just after Monroe and Rosalee are married and being introduced to the guests for the first time as a married couple, Trubel arrives, causing the Wesen guests to freak out over her being a Grimm. Trubel is taken to a back room for her safety, where Nick realizes that he is no longer a Grimm due to what Adalind did to him, and the news of Captain Renard being shot has everyone in even more of a state of sullen disbelief.

Wesen Returning from Past Seasons

"Love is in the Air: Elegant Endeavors" 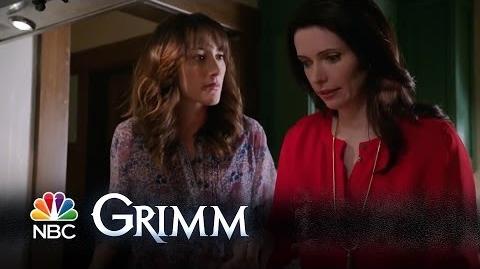 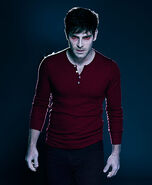 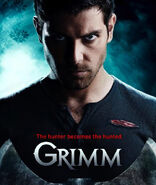 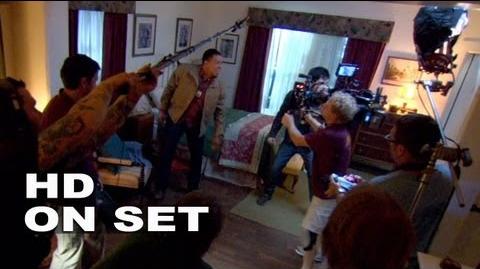 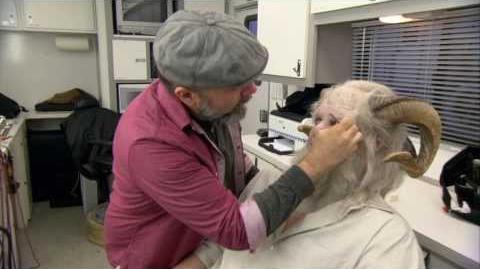 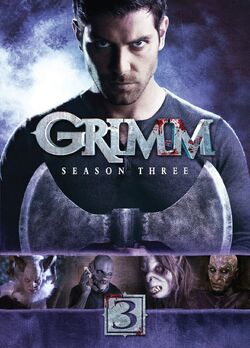 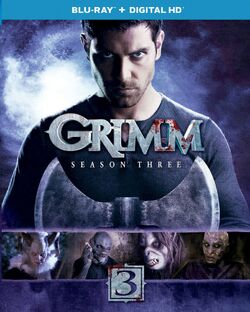 Retrieved from "https://grimm.fandom.com/wiki/Season_3?oldid=191360"
Community content is available under CC-BY-SA unless otherwise noted.