Schinderdiv have a fairly extreme woge, growing large tusks protruding from their chins and cheeks. Their ears enlarge and become swine-like. They possess both great size and durability, and they are incredibly strong creatures as well, able to throw around grown men with ease. Their physical prowess does not appear to be tempered by age.

A Schinderdiv is ruthless and selfish and is not to be trusted. They only act for themselves and will do anything to achieve a goal. They use their brute force strength to pin victims and their tusks to inflict damage. They appear to be unafraid of Grimms and are hostile towards them. As a very powerful Wesen, they are not above taking them on in a fight. One way to deal with this Wesen in a fight is to jump on its back and use its tusks as leverage to break its neck, as Trubel did to Stan Kingston.

This demon species can be ruthless fighters. They use their great strength and size to intimidate others. I've witnessed this type of creature intimidate everyone around him.

When a man is no longer useful to a Schinderdiv he simply takes his life without a second thought. This beast cannot be trusted.

Schinderdiv use their brutal force to pin their victim, and razor sharp tusks to inflict damage.

After the beast had left its kill I took a close examination of the victim's wounds. The sharp tusks left two larger holes and two smaller puncture wounds. The tusks pierced all the way through the rib cage, damaging the lungs and heart - a painful death. 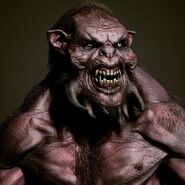 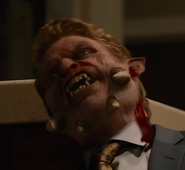 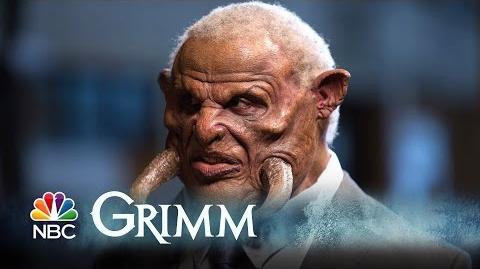 Retrieved from "https://grimm.fandom.com/wiki/Schinderdiv?oldid=199751"
Community content is available under CC-BY-SA unless otherwise noted.