A Raub-Kondor (ROWB-kohn-dorr; Ger. Raub "robbery" + Kondor "condor") is a condor-like Wesen that appeared in "Endangered". They are known to be one of the most dangerous hunters in the entire Wesen community.

When woged, Raub-Kondors grow black, feather-like hair all over their bodies except on their faces, which are dark tan in color. Their noses curve into a beak, and sharp talons sprout from their fingers. The most noticeable feature of a Raub-Kondor is their piercing, glowing, steel blue eyes. Like some other species of Wesen, Raub-Kondors have the ability to concentrate their woge to just their eyes.

They have amazing night vision when woged comparable to that of Steinadlers. Further augmenting their night vision is their telescopic vision, which allows them to see great distances. Raub-Kondors are capable of turning their heads up to 270 degrees in any direction. By exiting the woge, they can complete a full 360, as the neck twists the opposite direction if it is at the 270 degree mark. Raub-Kondors also possess an enhanced sense of smell and use this in their tracking.

Raub-Kondors are stronger than humans, as one was able to temporarily wrestle with a Blutbad, although he only won because he knocked him out with a wooden board. They also appear to be somewhat more durable, as one was still conscious and able to take on his attacker, then limp away after being smashed through a wooden wall.

Raub-Kondors are ruthless, dedicated, and dangerous hunters. They have been known to track their prey over hundreds of miles. They are also good at tracking them through the use of falsehood, thus allowing them to gather information, unsuspected. For example, while George Lazure was hunting Glühenvolk, he posed as a UFO hunter.

As well as being ruthless, they are also greedy creatures and obsessed with wealth. They are more than willing to murder, butcher, and skin sapient beings in their quest for wealth. They always come armed with barbaric tools and specialized equipment to make their jobs easier.

Raub-Kondors do not fear other Wesen, even ones as strong as Blutbaden. However, like many Wesen, they fear Grimms, as shown by George's reaction to finding himself facing one. 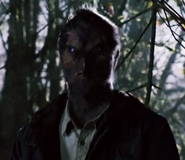 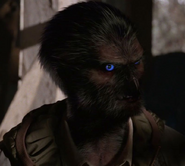 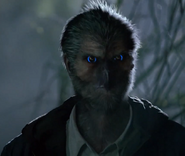 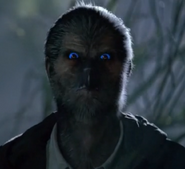 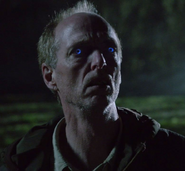 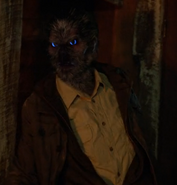 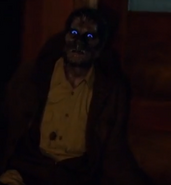 Retrieved from "https://grimm.fandom.com/wiki/Raub-Kondor?oldid=175915"
Community content is available under CC-BY-SA unless otherwise noted.