Overton Medical Center, also known as OMC, is a hospital located in Portland, Oregon. It appears to be a major hospital in Portland. Most notably, Marwan Hanano, Drew Wu, and Eve have all been hospitalized here.

Marwan Hanano was hospitalized here after Eve telekinetically made a cyclist hit him and breathed some kind of toxic gas into him to make him stay unconscious. She later entered his hospital room and used her powers to wake him. Marwan was killed outside of the hospital after being set up by Lucien Petrovitch and Black Claw, and Portland news outlets later reported that Marwan had been killed in a battle with police at the hospital. ("Silence of the Slams")

"The Taming of the Wu"Edit

Wu was hospitalized at OMC after suffering a concussion. ("Good to the Bone") He gave one of the nurses there a scare when she saw him morph into his Primal state, but when hospital staff returned to his room, he was back to normal. He was released the next day after results from his CAT scan came back negative, though Wu's doctor told him that they did find a medical anomaly, where Wu's body temperature and blood pressure were lower than normal and his type O blood was found to have antibodies to Rh-positive blood.

Theo Delano, meanwhile, was at OMC as well. He kept tabs on Wu for Black Claw and reported back to them to let them know that Wu was at the hospital.

Eve was hospitalized here after a black skull-like creature with glowing green eyes attacked her by reaching through a portal in a mirror that she had been looking at. Nick came to the hospital to stay with her and make sure she was ok. 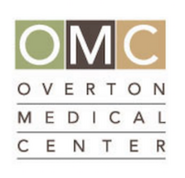 Retrieved from "https://grimm.fandom.com/wiki/Overton_Medical_Center?oldid=189607"
Community content is available under CC-BY-SA unless otherwise noted.