Maahes (MAH-hees; Anc. Egypt. "he who is beside her") is a lion-like Wesen. All Maahes are descended from Maahes, who was worshiped by the ancient Egyptians as the god of war. Because Maahes have roots reaching back to the ancients, they are commonly referred to as a "pureblood" Wesen. They are particularly strong, intelligent, and superior to other lifeforms in most aspects. The pelt of a Maahes can withstand all elements, and only the most powerful weapons or the claws of a Maahes can penetrate it. It has been used as armor by Hercules (who slayed the Nemean Lion) and also by Silvio (who slayed his own uncle Wayland Nemean). Silvio Jenkins made himself the last surviving descendant of Alexander the Great until his son Alexandros was born. 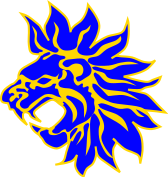 Retrieved from "https://grimm.fandom.com/wiki/Maahes?oldid=199879"
Community content is available under CC-BY-SA unless otherwise noted.