A Lebensauger (LAY-bən-sou-gər; Ger. Leben "life" + Sauger "sucker") is a leech-like Wesen that first appeared in "The Hour of Death".

When woged, Lebensaugers gain brown skin that is lumpy and mottled in appearance, while their nose disappears almost entirely, save for the nostrils. In their woged form, they lose all of their hair. Lebensaugers have large, round, fang-filled, gaping maws in the place of their human mouths. Their mouths naturally hang open but move like a human mouth when they talk. Lebensaugers use their mouths to suck blood from their victims, usually going for the face or neck. It is unknown if blood is a necessary part of their diet, but considering they are leech-like, that is most likely the case. Since Ryan Smulson was able to quickly drag Bud away, it seems that they are at least as strong as ordinary humans. However, they are not as powerful as Grimms, as Theresa Rubel was able to easily overpower two in a fight. ("My Fair Wesen")

Due to their hideous appearance, they often experience self-loathing and even identity crisis, preferring to become what they want to be. They are generally considered to be amongst the most repulsive of Wesen and are consequently known to be prone to substance abuse. For example, Lenore Smulson is an alcoholic. Lebensaugers are exceptionally good at keeping their true nature a secret and rarely woge in front of other Wesen. They are also very good actors, partially due to their ability and their strong desire to adopt the identity of who they want to be. Their mastery of woge suppression and their acting talents allow Lebensaugers to keep their true natures hidden. Lebensaugers who do not suffer from self-loathing tend to be sadistic, using fear to get their way.

Lebensaugers are known for coercing their victims through fear. The Fagin character described in Charles Dickens' Oliver Twist is largely based on their Wesen's preternatural urge for manipulation.

The Lebensauger attacks his victims with his leech-like mouth puncturing their skin and draining the blood from their bodies.

I recognized the distinct markings on the neck of the first woman. These marks were of the same nature as the last string of murders in Temple Bar.

(By Theresa Rubel)
Known for intimidating their victims through fear 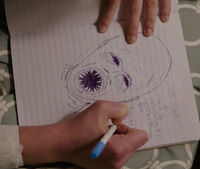 A Lebensauger robbing a store 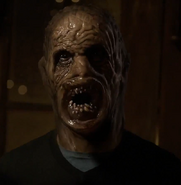 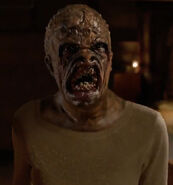 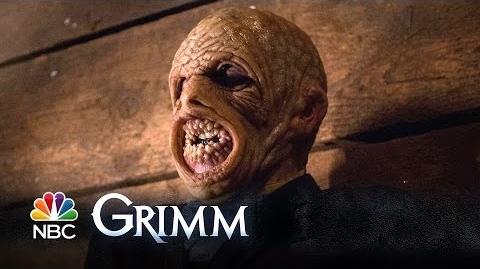 Retrieved from "https://grimm.fandom.com/wiki/Lebensauger?oldid=202654"
Community content is available under CC-BY-SA unless otherwise noted.