A Kitsune (KEET-soo-ney; Jap. "fox") is a fox-like Wesen that appeared in "Inugami".

Upon woge, Kitsune gain long, white fur, glowing, bright blue eyes, two elongated and pointed ears, and a fox-like nose and snout. Their hands, however, are unaffected by their transformation. They gain a black philtrum that extends down to the upper lip, which also turns black along with the lower lip, standing in contrast to their white fur. The area directly around their eyes, along with the tips of their ears, also are black in color. Their ears elevate in position when they woge and also face anteriorly. Lastly, their canine teeth elongate.

Between genders, there are not too many distinguishable differences in facial characteristics, though males do have slightly longer hair on their chin, and the skeletal structure of female Kitsune skulls are slightly rounder than that of males.

Kitsune can be quite stealthy and quick as well. They also are slightly stronger than humans.

Kitsune are very reserved Wesen; however, if a member of their family is killed, they will be enraged and can be prone to holding grudges in that instance. Their families tend to be very close with one another. In modern times, they disagree with more draconian methods of vengeance, such as those that include murder or are practiced by the Inugami, Wesen that are bound in servitude by a samurai-like honor and tradition to Kitsune families if their life is saved by a Kitsune. However, not all Kitsune are aware of when an Inugami is bound to protect them. Some Kitsune, such as Jin Akagi, take up an interest in the history of feudal Japan and samurais.

Like many Wesen, Kitsune fear Grimms, believing they will kill them. However, if the Grimm proves not to be a danger to them, they will then help them if it is to save more lives. 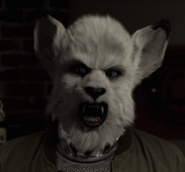 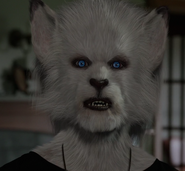 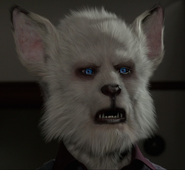 Add a photo to this gallery
Retrieved from "https://grimm.fandom.com/wiki/Kitsune?oldid=197558"
Community content is available under CC-BY-SA unless otherwise noted.