Khloe Sedgwick is a Musai who appeared in "Kiss of the Muse".

Khloe was being accosted by her ex-boyfriend, Anton Cole, who had killed her current boyfriend, Evan Childs, at a library. Nick Burkhardt chased Anton down, only to watch him dive into the river. Khloe thanked Nick for saving her and kissed him on the hand. When Nick showed up at her home for a follow-up, she explained her passion for art, as well as her passion for those who "see the world differently." Khloe then kissed him on the lips and woged into her Musai form. She became very frightened, not knowing until then that Nick was a Grimm.

When Nick visited her home again, Khloe told him that Anton was also there, and the only way to truly have her was to kill Anton. After Nick was pulled away from Anton, both Anton and Khloe were put in police custody. After a brief questioning by Hank and Captain Renard, she told them that what was happening to Nick couldn't be stopped and that she had no control over it. She was simply born this way.

When Nick was dissuaded from killing Anton in his cell by Juliette, Renard paid Khloe a visit in the interrogation room. He threatened her if she ever returned to Portland. He woged into his Zauberbiest form to drive the point home and then let her go. 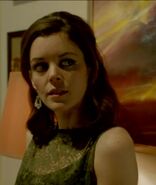 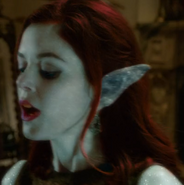 Add a photo to this gallery
Retrieved from "https://grimm.fandom.com/wiki/Khloe_Sedgwick?oldid=185961"
Community content is available under CC-BY-SA unless otherwise noted.