At the farm Jarold pointed out Hayden to Nick and Hank. He left the car and confronted Hayden and his sons and was captured by them while Nick and Hank rescued Carly. He was held at gunpoint by his nephews while Hayden went to talk to Nick and Hank in the barn. When Carly screamed all but one of the cousins ran to the barn, at which point Jarold with the help of Carly subdued the remaining nephew as Nick and Hank arrested the others.. 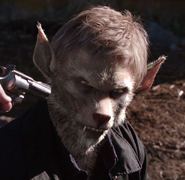 Add a photo to this gallery
Retrieved from "https://grimm.fandom.com/wiki/Jarold_Kampfer?oldid=50183"
Community content is available under CC-BY-SA unless otherwise noted.