A Golem (GOH-lim; Heb. גולם (golem) "shapeless husk") is a non-Wesen spirit that occupies a man-shaped body made from a single material, usually clay. A clay Golem was summoned by a rabbi in "Dyin' on a Prayer".

A Golem is a towering humanoid figure made of clay. The only known way to create one is to clutch a piece of a previous Golem while saying a Jewish prayer from a scroll. When it comes to killing, a Golem's modus operandi is simple: engulf and suffocate the victim. Once a person has been ensnared by a Golem, there is nothing they can do to free themselves.

Golems have the ability to shape shift, and they use this to their advantage. Their most common tactic is to appear as mud puddles on the ground to ensnare their victims. As they are able to shift between solid and liquid, it's impossible to harm one with physical force. Once created, there is no way to summon the Golem; it will only come to who it was created to protect when they are in need of protection.

There are only two ways to get rid of a Golem; one is to write a shem and place it in the Golem's mouth, and the other way is for the person who the Golem was created for to dismiss it.

When creating a Golem, it is important to give very specific instructions, such as how long they are to act as a guardian, what situations are they to get involved in, who to be wary of, etc. Without such instructions, Golems will try to kill anyone who threatens or distresses the person(s) they were created to guard. Golems will never harm anyone under their protection. 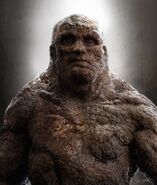 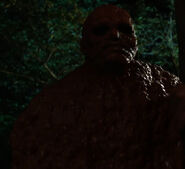 The victim of a Golem