When woged, Fuchsteufelwild gain green skin and sharply pointed ears and noses, as well as fangs. Most notably, their four fingers fuse into two large digits from which extend razor sharp fingernails, which are semi-retractable, and a thicker thumb. Their voices also become higher and more shrill, much like a Wendigo's.

Their nails drip a highly corrosive acid, which is generated from the muscles in their hands, and can be secreted at will. When the acid is used in conjunction with their nails, Fuchsteufelwild can cut through flesh like a hot knife through butter. The acid is also strong enough to cut through much tougher substances, such as wood, glass, and even solid metal. Despite being small in stature, Fuchsteufelwild can leap incredible heights and distances, even while in human form. They are also very fast and agile and can move with great stealth. They apparently possess superhuman strength, as their stump is told to be able to shutter the earth beneth it, however they are likely not as strong as Grimms, considering that they perfer to run away from them.

Fuchsteufelwild are highly intelligent and clever, which allows them to concoct their highly elaborate plans.

This ill-tempered creature is small in stature but capable of horrible and cunning acts of violence. He has an immense ego for such a nasty little beast.

One might be inclined to laugh at him but it is not advisable for he is equipped (sic) with fierce bone-like fingers and powerful legs. His leap is far and his stomp can cause the earth to shutter (sic) beneath him. Its muscles secrete a highly concentrated acid allowing them to burn and slice through victims.

Each name seems to use the same set of letters. 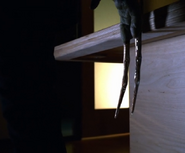 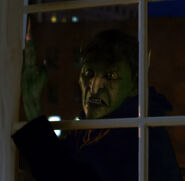 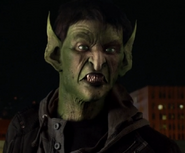 Retrieved from "https://grimm.fandom.com/wiki/Fuchsteufelwild?oldid=202339"
Community content is available under CC-BY-SA unless otherwise noted.