The Deputy Medical Examiner is a paramedic who first appeared in "The Ungrateful Dead".

He was at the scene of the plane crash. He told Renard and Hank that the Pilot and Co-Pilot survived while one man (Baron Samedi) was killed.

He tried to revive the gangbanger girl after she was cut and stabbed with a knife by Trubel.

He told Nick, Hank, and Wu that Suleka Turner was out of it, but she was trying to say something, so they should listen.

He told Nick, Hank, and Wu that Knute Gunderson had died in his jail cell by freezing to death. He did not know how that was possible, however, and was eager to hear what the medical examiner would say about the nature of his death. 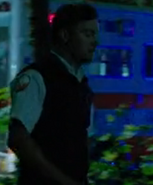 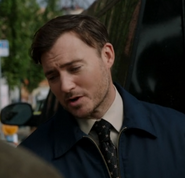 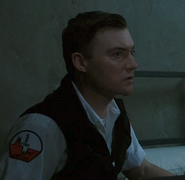 Add a photo to this gallery
Retrieved from "https://grimm.fandom.com/wiki/Deputy_Medical_Examiner?oldid=131961"
Community content is available under CC-BY-SA unless otherwise noted.