Beverly Bennett is a Willahara who appeared in "Bad Luck".

Beverly's family had been followed and hunted by Nigel Edmund, a Leporem Venator, ever since her husband Oliver was killed in a car accident and found to have his foot severed. She tried moving her family to Portland in order to escape being hunted, but the Leporem Venator succeeded in tracking them and ended up also killing her son, Peter. Soon after that, she fled with her daughter, Chloe, stopping at a hotel on her way to Calgary, not knowing that the Leporem Venator had placed a tracking bug on her car. Chloe was kidnapped in the hotel room, but Nick and Hank were able to rescue her and kill the hunter. 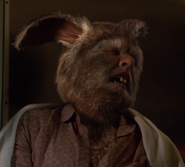 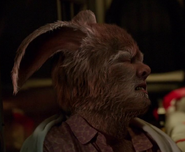 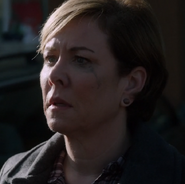 Retrieved from "https://grimm.fandom.com/wiki/Beverly_Bennett?oldid=143880"
Community content is available under CC-BY-SA unless otherwise noted.