When Barbatus Ossifrage woge, they lose their hair and grow several blood-red feathers all over their face. Their nose, mouth, and chin form upper and lower beaks, with nares just above their upper beak, and their exposed skin becomes a grayish-brown or faded red color. Their skin also becomes wrinkled, particularly in the anterior of their neck, giving it the appearance of having deep striations. Most notably, their tongues become long, hollow proboscises with four small, movable flap-like growths at the end. These proboscises are used to dissolve their victims bones, drain them from the body, and, if needed, feed others of their kind. Barbatus Ossifrage use the enzyme chitinase to help them liquefy bones. Additionally, when Barbatus Ossifrage woge, they develop dark vertical markings that are dark red in color and extend from the corner of their eyes up to their former hairlines, perhaps better described as "featherlines" in their woged form. Their eyes do not change very much, if at all, when they woge, and short, pointed teeth line the inside of their beaks.

As Barbatus Ossifrage age, the vibrancy of their red plumage starts to dull slightly, and, as Mr. and Mrs. Higginbotham exemplify, their appetites do not decrease in the slightest; if anything, it may increase, particularly for liquefied bones.

Barbatus Ossifrage are highly sensitive and attracted to the smell of blood, particularly the scent of imminent death, as they can pick up this scent from many yards away. They can tell the difference between the smell of Parfum de la Mort and the true scent of imminent death, even when the former is in immediate proximity to them while the latter is much further away, and they are able to do this in their human form as well.

Barbatus Ossifrage have a strong preference for the scent of blood rather than Parfum de la Mort. When scavenging or hunting for potential victims, they are willing to wait as long as it takes in a given area, usually one inhabited by vagrants. They do not kill people in the sense that they inflict the first deadly injury, but they finish off those that are already dying. They stalk areas where death is likely, such as battlefields, workhouses, or slums. However, they do not hunt in one area for more than three or four bodies. Some Wesen actually view Barbatus Ossifrage in more of a glass half-full kind of way, seeing that they serve the same purpose in the ecosystem as vultures since they recycle dead bodies and, in turn, prevent the spread of plague and pestilence.

Since they need to break the bones of their victims before they can liquefy them, it is customary for them to drop the bodies from great heights, such as a cliff. However, in the modern day, some have adapted to simply running them over repeatedly.

As they become more elderly, they begin to rely on their offspring to feed them via the regurgitation of liquefied bones, though the offspring do not take any enjoyment in finishing off their victims in order to fulfill this responsibility. If the offspring of Barbatus Ossifrage die, the parents are not opposed to ingesting them due to the sentiment that the body should not go to waste.

They typically roam in packs called tristitudo (tris-tee-TOO-doh; Lat. "a group of grief").

Barbatus Ossifrage, like many other Wesen, fear Grimms and will try to run away from them. 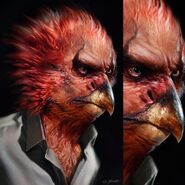 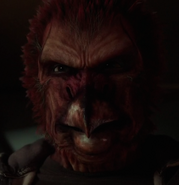 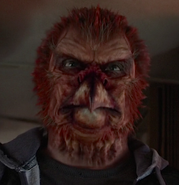 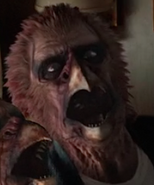 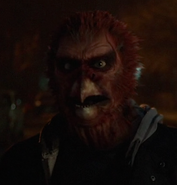 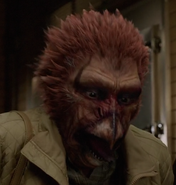 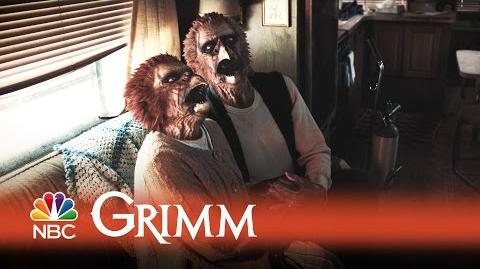 Retrieved from "https://grimm.fandom.com/wiki/Barbatus_Ossifrage?oldid=202633"
Community content is available under CC-BY-SA unless otherwise noted.