Start a Wiki
watch 01:51
'Grimm' Profile: Aswang
Do you like this video?

An Aswang (ah-SWAH-ng; Tag. "monster") or Tik-tik (tik-TIK; Tag. onomatopoeia) is a ghoul-like Wesen that appeared in "Mommy Dearest". They are indigenous to the Philippine Islands and exist within mainstream Filipino mythology.

When woged, Aswang are bald, ghoul-like creatures with pale grey skin and a bat-like nose. Their featureless, silver eyes glow faintly in the dark. The vertebrae along their backs enlarge to the point where they form a noticeable ridge, and they possess needle-like fangs and claws.

Aswang are notable for their black, forked, proboscis tongue that is able to stretch several times the length of their bodies. The tongue is designed to pierce flesh and can move solids in both directions through its long tube.

They are nimble climbers and apparently very light, given the speed at how they can scale walls and trees. Their long claws and prehensile limbs make it possible for them to adhere over practically any surface, even horizontal ones like the ceiling. However, they aren't very strong, as Wu was able to kick away a fully woged Lani Tomas a fair distance with only one leg. Instead, they rely on their agility in combat, as well as their pouncing and their claws when confronting an adversary.

Their tongues serve three purposes, each related to the grisly habit they are infamous for. After chewing Valerian root, Aswangs will use their tongues to pierce the navel of a pregnant woman and inject the chemical properties into the woman, tranquilizing her. From there the Aswang will use their tongues to suck the infant out of the womb, but not before sucking up a large amount of amniotic fluid. Under normal circumstances, there would be a high risk of the amniotic sack breaking, which would cause labor or a miscarriage. Since Aswangs do not have this problem, it would mean their tongues are fine and precise as surgical tools. Traditionally, the eldest son of a female Aswang must give up his first conceived child for his mother to consume in order to extend her lifespan. Without doing this act, she will die within a month. The tradition dates back hundreds of years, but some Aswang believe it is too barbaric for modern times.

Aswang frequently make ticking sounds with their tongues, hence their alternate name, Tik-tiks. Additionally, when they woge, their voices have a slightly more shrilled tone. They have a reputation for being terrifying, as other Wesen are afraid of them.

I arrived in the island of Philippines at Manila, May of 1904, after a long arduous voyage from... would get a room for the night in... staying since the town had been... night a pregnant woman was staying... the middle of the night. I heard her screams and charged into her room. Seeing something escape from her windows I gave chase and followed the figure through the winded and then out into the street when I saw it turn into an alley that I knew to be a dead end.

I snuck down the putrid alley, followed the fetid smell of death and blood. But it had been able to elude me and escaped. I returned to find the pregnant woman being tended to by a midwife who told me and my peon that somehow the fetus had been extracted straight from the womb.

After the midwife was able to quell the hemorrhaging, the young woman gained consciousness. She told me it was an Aswang that had caused the tragedy. She had been sold as a bride, to be impregnated so that her firstborn may be consumed as means for a prolonged, healthy life.

Aswangs use their long tongues to inject chewed up Valerian root to sedate their victims as they attack. These attacks are often incorrectly diagnosed as miscarriages, and for the process to work, the fetus must be a blood relative to the Aswang.

After speaking with other locals about the infanticide, it seems to be that Filipinos aren't scared of much, the talk of ghosts and spirits do not shake them, however it is only the Aswang that will make them tremble with fear.

I've also learned that Awang have an alternate name - Tik-tiks, due to the ticking sound they make with their tongue.

The next attack that occurred in the town happened a few houses down where I happened to be quaffing tankards, so I finally was able to track down the beast and cut off its head.

The Aswang tongue seems to be infinitely long with the ability to draw liquid through it. 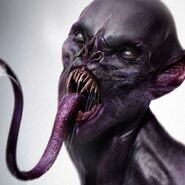 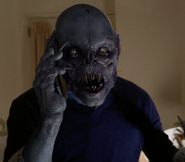 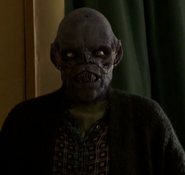