watch 01:42
'Grimm' Lore: Anubis
Do you like this video?
Play Sound 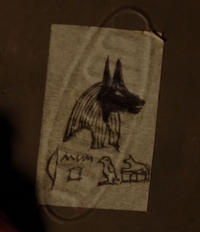 When they woge, their body, unlike most canid Wesen, is almost totally hairless, and their skin color is pale beige. Their most striking feature is a long snout that ends in a dog-like nose. The shape of the skull itself changes to look much more canine than human. The mouth of the Anubis is filled with sharp teeth and long canines that, paired with clawed hands, can cause significant bodily harm. Another tell-tale aspect of their appearance is a pair of large, pointed ears that stand up and extend far above the top of the head.

Anubi possess superhuman strength, and, although weaker than Grimms, they can cause them some trouble. They are also incredibly agile, able to leap from one vertical surface to another and perform other acrobatics with ease.

Anubi are a powerful Wesen with Egyptian roots and a rich history. They are known to be protective of the dead and respectful of artifacts. Thus, they are often involved with the Beati Paoli, an alliance involved with the preservation of Wesen culture. In ancient Egypt, many Wesen species were worshiped as gods; Anubi were worshiped as the protector of the dead and embalming. The Egyptians believed that anyone buried with an Anubis would themselves become a god. This led to a horrific torture and slaughter of hundreds of slaves in search of Anubi, but only a few Anubi were ever found, and even fewer were ever successfully mummified in full woge.

Anubi are strong, agile, and seemingly fearless, making them a worthy opponent for many Wesen and even Grimms.

Five days ago I received an urgent request from Lord Herbert of the Royal Geographic Society. Two of their Egyptians had been brutally murdered at a dig near Karnak. From witness statements, I suspected the murderer was Wesen. As luck would have it, I had brought my Bell and Howell Eyemo, which enabled me to film some of my investigation.

After some coercion, the Anubis confirmed he was member of the Beati Paoli. He told me that because Anubis were seen as Gods by the Egyptians, Pharaohs in the Old Kingdom believed that if they were buried with a mummified Anubis, they were assured of becoming Gods themselves.

They tortured to death thousands of slaves in search of Anubis but only a few were ever successfully mummified in full woge.

The Anubis further confessed that it was his intention to steal the mummy and give it a ceremonial burial. After assuring him I would do that, I dispatched him to his ancestors. 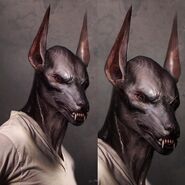 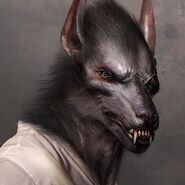 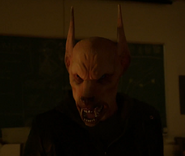 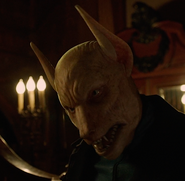 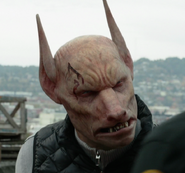 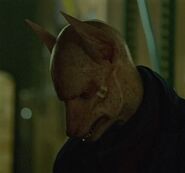 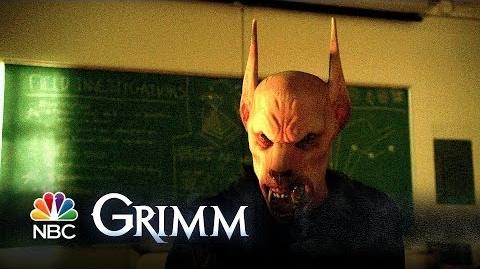 Retrieved from "https://grimm.fandom.com/wiki/Anubis?oldid=202596"
Community content is available under CC-BY-SA unless otherwise noted.