The Amor de Infierno (uh-MOHR dey in-fee-AIR-noh; Span. "love of hell," or loosely translated, "hellish love") is a powerful love potion that can only be made by Cupiditas. It causes people to become madly in love with another person, and if the affected person can't have the person they are in love with, they will kill themselves. They will also fight with others who are in love with the same person, such as the person's boyfriend/girlfriend or husband/wife. Either way, anyone under the effects of the spell will die one way or another if the spell is not broken. The effects of the potion can only be permanently broken if the Cupiditas responsible for concocting it dies.

The ingredients of the potion include the saliva of a Cupiditas, at least a single hair of the person the Cupiditas desires their victim to fall in love with, and some type of liquid, such as champagne, for the targeted victim to drink. The hair that's added can, in fact, be the intended victim's own hair, in which case the victim will fall in love with their reflection.

Once the potion is ingested, it takes several hours for it to start taking effect, usually overnight if a person goes to sleep soon after taking it. They will wake up feeling a bit bland, along with having the urge to drink some coffee or other source of caffeine. As soon as they lay their eyes on the person whose hair was in their potion, they will instantly be overcome by a feeling of intense longing and desire for that individual, as if they have experienced true love at first sight.

Should the person of their desire reject them, they will then try to prove their love. However, should their efforts still fail, they will then commit suicide. The only thing that will stop them from doing this, other than the Cupiditas who made the spell dying, would be for the person they desire to be in clear mortal danger.

If there is someone already in love with the person from whom the Cupiditas acquired their hair, than the victim of Amor de Infierno will be turned against them, even if, prior to ingesting the potion, they were close friends. It is likely in this instance that tensions will rise to physical violence. Additionally, the victim of the love potion will no longer have any romantic feelings towards anyone else they previously loved prior to the effects of Amor de Infierno taking place, though they still feel regret over emotional pain they may cause to them. Victims rationalize their sudden desire for someone else by thinking that they've been living a lie previously. 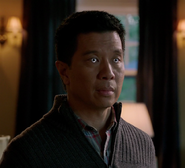 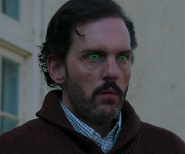 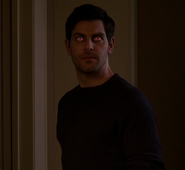 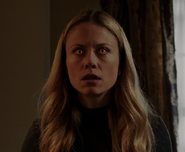 Add a photo to this gallery
Retrieved from "https://grimm.fandom.com/wiki/Amor_de_Infierno?oldid=192062"
Community content is available under CC-BY-SA unless otherwise noted.