What's on your mind?

And maybe some other things more. There were a lot of things that pissed me off in this show!

Nick starts out with one key from aunt Marie, then gets another key from Josh‘s dad, then another three from Josef Nebojsa, and we know the royals have four keys, and they’re supposed to be seven keys, so what happened? Why are there nine keys instead of seven?

In s3 ep6 monroe mentions when he is speaking about how wesen-human kids work that if a wesen and a kehrseite “Gintregger” had a child it would 100% be wesen. I have no clue what this means if it’s something like a human that had a wesen parent or maybe that’s a Grimm it could be anything and I’ve searched the “ human” thread on this wiki and found nothing?

I might be wrong but I don't think I have found any thread or post related to Bud. A low key character but highly important. I believe it was played out marvelously and the spontaneity was spot on.

Are there any super powered humans a lot similar to Grimms from other different cultures, like Slavs have their own and Celts their own and Latins their own, Grimms are Germanic anyway

I feel Trubel should have been more frequent in the shows and introduced earlier. Sometimes I feel she was more energetic as a Grimm than her male counterpart.

20 years later--- Kelly Burkhardt is finishing off documenting his father's deeds as Diana Renard walks in to hurry him up. All goes fine until she says "Mom and dad are waiting". What does she mean by that. They have different fathers. Does she mean, she accepted Nick as her father as well? I just don't get it.

Even near the end, I didn’t like her. Anyone else?

While Diana is a superbiest, it's quite surprising to see Kelly doesn't have any superpowers at all(at least so to speak). It would have been great to at least empower him with something.

How does a human become a Hexenbies.

Does anyone else dislike the Nick/Adalind parring?

Thanks to GrimmPower for this thought.

What was the worst experience of Juliette's life?

Having to turn down Nick's proposal

Forced into being Eve and thus having no emotions

Getting her emotions back after being treated by the shard

Going to the land of Zerstorer

Finding out Nick was a Grimm and a completely different person

Being immersed in Nick's Grimm world

There are no doubt more episodes where Juliette had bad experiences. Just curious as to what you think.

I'll really have to think on this one. She's had so many bad experiences, it's hard for me to judge what would be the worst of them.

Monroe and Rosalee explain to Nick how they see him when they woge:

Monroe: It's your eyes.

Rosalee: It's how we know you're a Grimm after we woge.

Monroe: No, you're right, actually. Black's too weak a word. It's more like infinite darkness. And we see ourselves reflected in that darkness. We see our true Wesen nature.

Rosalee: Took me a while to get used to that.

Nick: Really? You see that in my eyes?

Rosalee: It explains why you get some of the reactions you do. You really didn't know this?

Monroe and Rosalee explain to Trubel how they see Grimms when they woge:

Rosalee: So why don't we just start with explaining what a woge is?

Trubel: I know what it is.

Hank: That would be me.

Monroe: And they can only see us when we want them to.

Rosalee: And Grimms, like you, on the other hand, also can see us when we don't wanna be seen.

Nick: [To Trubel] You ready?

Monroe: No big deal. [He and Rosalee retract]

Trubel: How do you know I'm a Grimm?

Rosalee: They get really dark when we woge. It's kind of scary.

Monroe: Yeah, we're not talking kiddy pool dark. We're talking, like, all the way down to your soul, deep-type dark.

Aside from the times Nick manages to corrupt them into what he needs done, Monroe and Rosalee are essentially good people. So why would they be unsettled by looking at a Grimm?

On the other hand, Adalind was evil from the get go. Yet she not only woges at Nick on the street, but appears to do so in defiance.

And what about those Grimms Nick encounters during his investigations, you know, the ones who say, "Ahhhhhhh! You're a Grimm!", then run away?

Finally, there's Juliette. She admits to being afraid to tell Nick she's a hexenbiest, but the only thing she's done is to change into Adalind. At that point has never woged into a crone, so therefore has never seen his eyes. So what is she afraid of? Furthermore, when she gets around to woging into the typical hexenbiest crone, she not only looks directly into Nick's eyes, but holds his gaze long enough to demand a kiss.

Interestingly enough, Nick's reaction is one of repulsion, maybe even a hint of fear? His reaction seems to match what Monroe and Rosalee were talking about.

So, I've liked all of the princes we've met (Sean being my favorite character over all, and Victor my favorite baddie), but SOMETHING about Kenneth drove me nuts in a way that made me like him so much as a villain. He just always seemed so cocky and sure of himself. He doesn't need to announce himself as a prince, just 'Kenneth' will do.

This is kind of random, and a mix between a tangent and a rant, but yeah. Who's your favorite prince?

Why did Nick sleep on the couch for the entirety of Juliette not remembering him when their house had a guest bedroom?

There are several threads and comments that I found on Black Claw, and from what I read, most of the posters here dislike the premise of Black Claw.

On the reverse side, I could not find much about Hadrian's Wall, whether liked or disliked.

The headquarters headed by Meisner in Tillamook do not resemble the namesake at all. Hadrian's Wall was used off and on for about 400 years before finally being abandoned when the Roman Empire fell. Meisner's HW fell in a matter of months.

According to this wiki, there were two HW headquarters, the one in Oregon and the one in Berlin. That makes Meisner very powerful as he's presides over the only organization in the states.

Obviously BC knew of the comings and goings of HW. In the first episodes of season 5, I'm estimating five or six HW members were murdered, This would have been a huge blow to the organization. The organization in Oregon did not last much longer as Meisner was murdered six months later.

Meisner managed to murder one of the BC leaders, Rankin. Bonaparte, the other leader, infiltrated HW and after torture, Renard was forced to mercy kill Meisner.

Why Meisner as head of this powerful organization? He had no administrative or negotiating skills. Unlike Rankin, who had bodyguards with him, Meisner had no such bodyguards and was vulnerable by appearing out in the open.

Why didn't Nick join HW? For that matter, why couldn't Meisner get others to join them? Trubel said they needed Grimms, but wouldn't wesen work just as well?

I always found it laughable that this war between HW and BC, which was for world domination, didn't once take a look at the human element and bring them into the mix. If either of these organizations had true humans on their side, they would have won, easily.

I was a stand-in for Rosalee, and when the show ended I purchased a set piece to help commemorate my time there. Anywho, I purchased a photo from Wu's home. (I attempted to add a photo, but it won't upload. It is a picture of very colorful fish) I am not sure if the picture ever actually made it into any scenes for the show, but I wanted your help. Does anyone recognize the picture from any particular episode? Or know of the episodes where you venture into Wu's house? 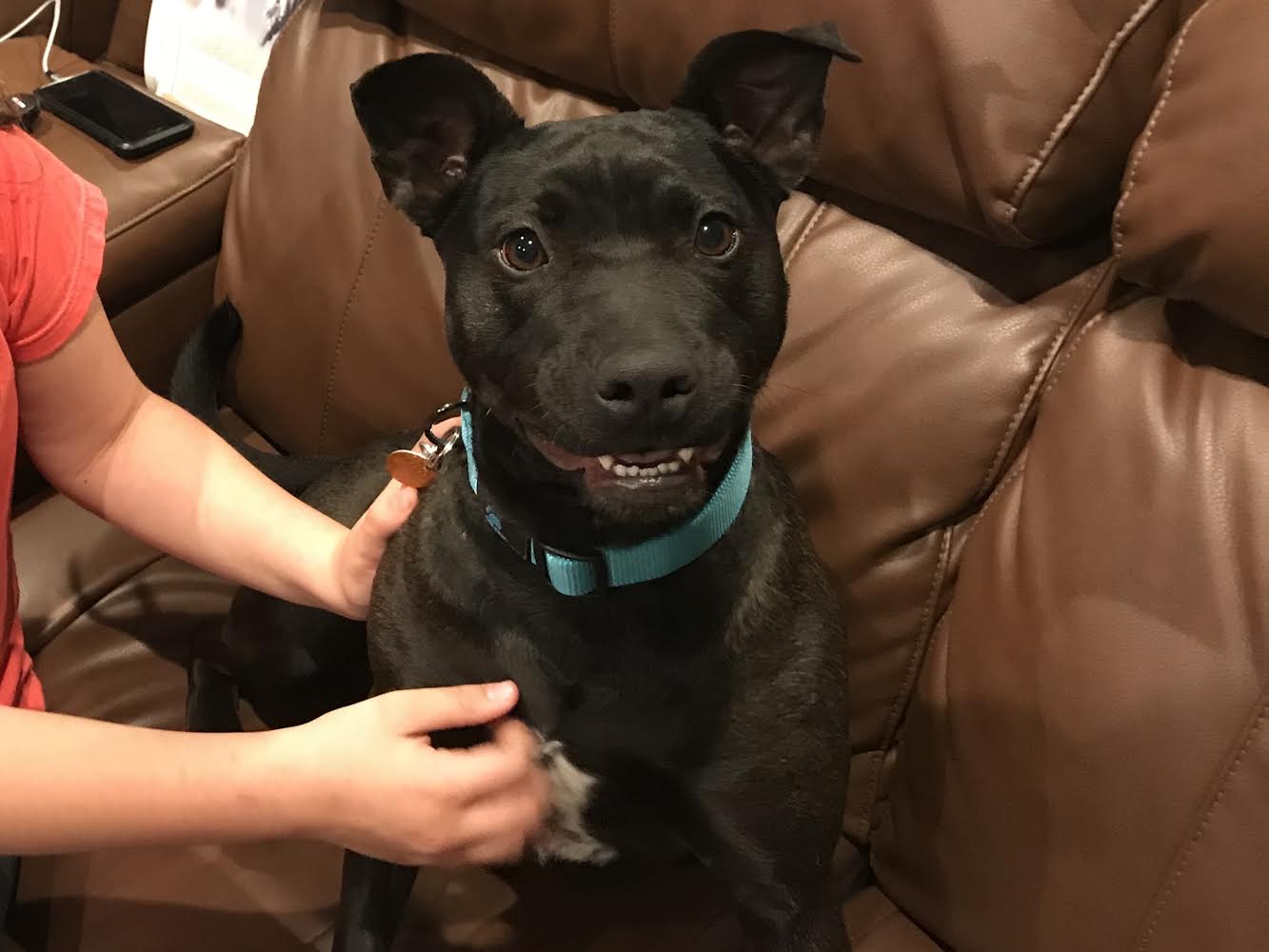 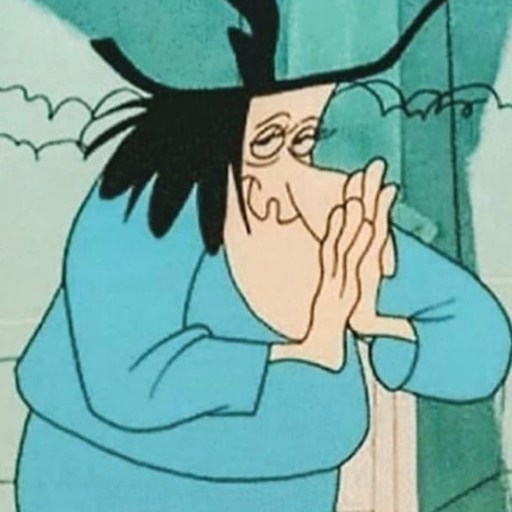 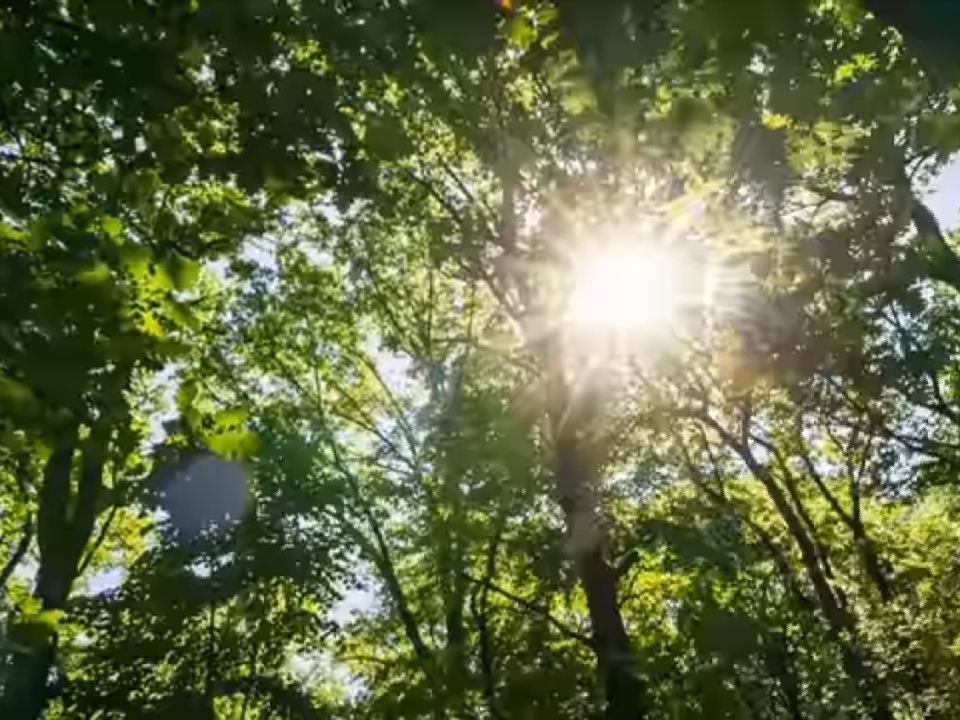 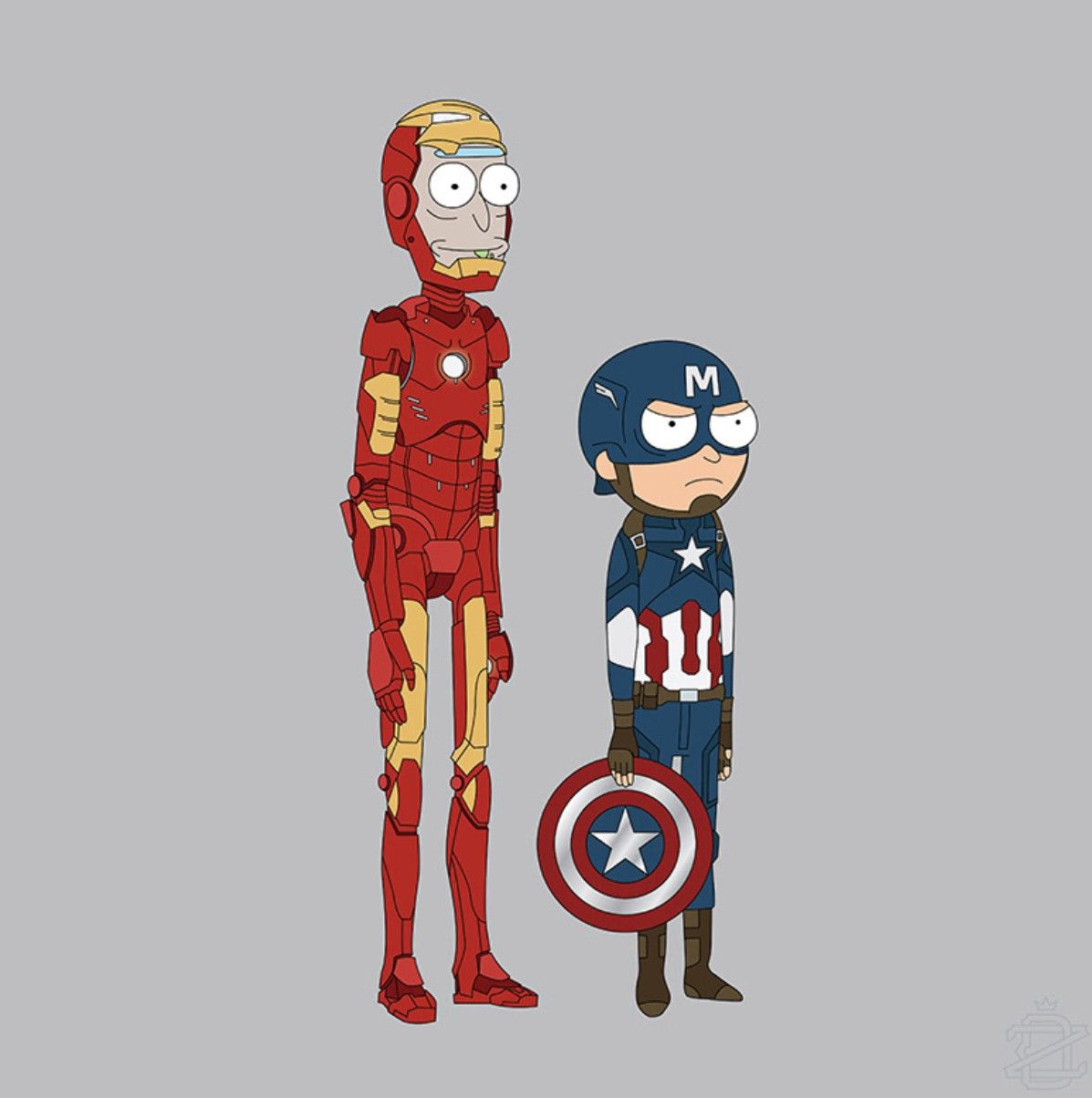 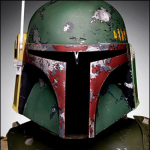 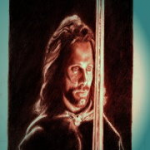 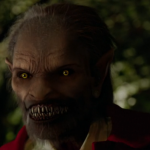 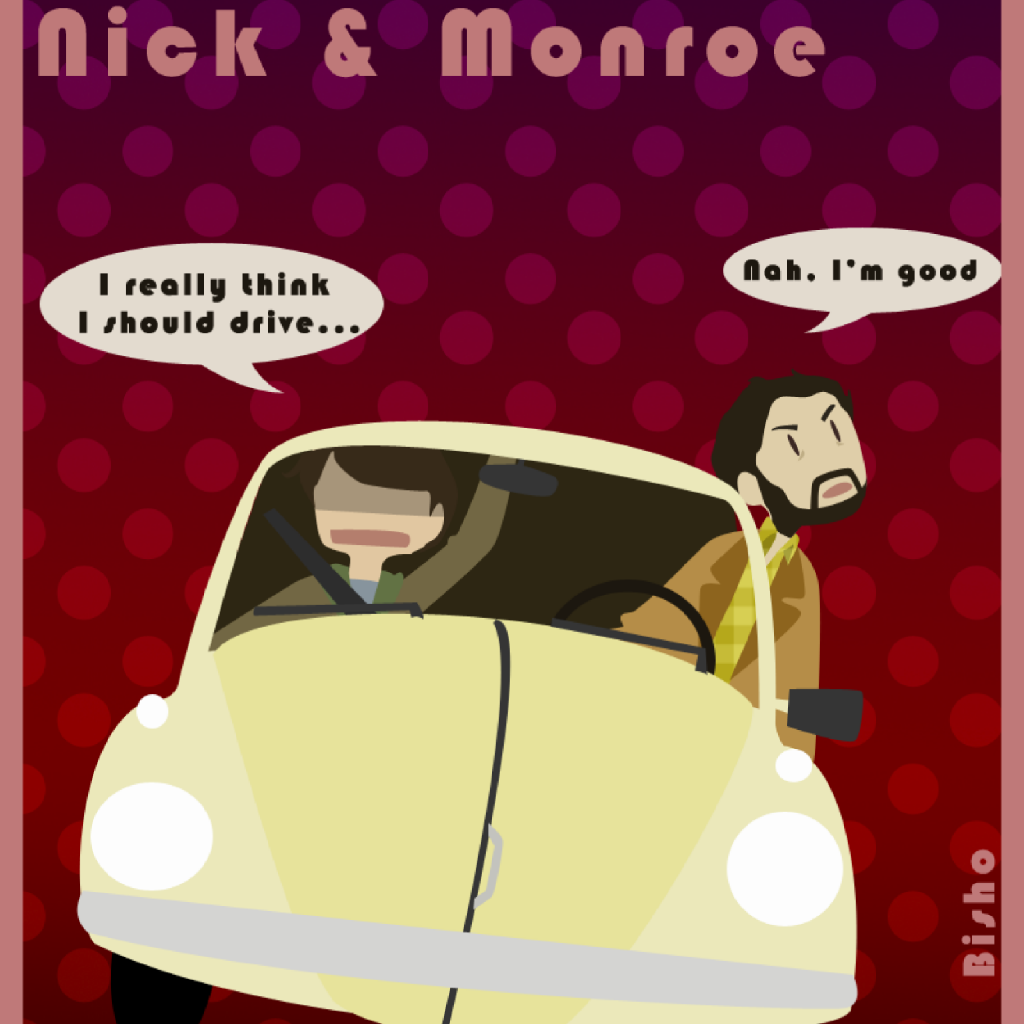